COLUMBUS — "Federal agents are searching this morning a Columbus condo owned by Sam Randazzo, chairman of the Public Utilities Commission of Ohio.

An FBI representative at the house, in the 600 block of South Grant Avenue, said agents were executing a federal search warrant for 'unauthorized legal activity.' A neighbor said agents arrived about 6 a.m."

Every Vote Counts, Count Every Vote 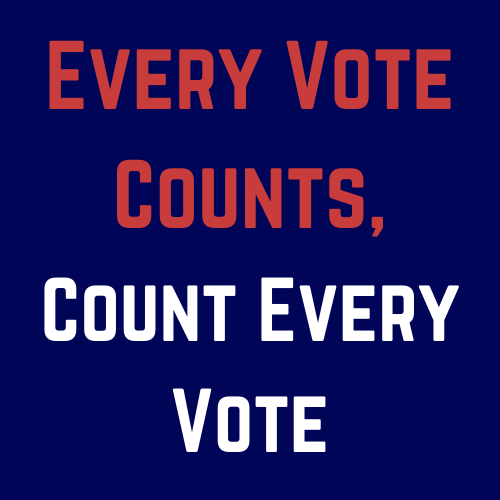 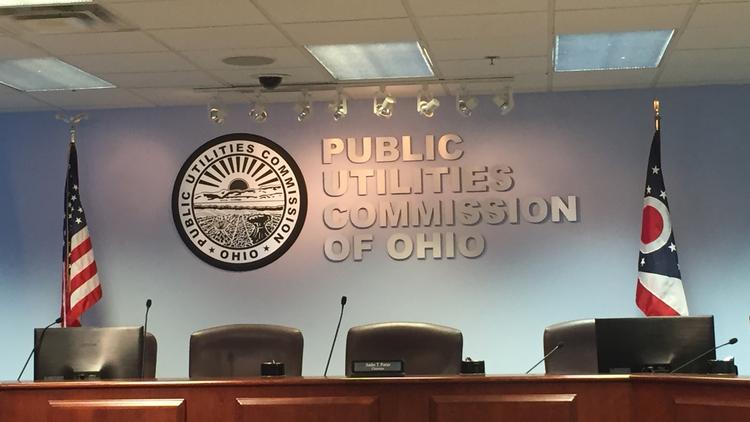 The issue came up after FirstEnergy was linked to a bribery scandal involving former Ohio House Speaker Larry Householder.

Householder and others are accused of taking millions of dollars in bribes to move along a nuclear energy bailout bill known as House Bill 6. The bill funneled state funds to two failing nuclear power plants. Those plants were managed by FirstEnergy.

Auditors will be reviewing corporate separation during the time period leading up to the passage of House Bill 6 and subsequent referendum efforts. 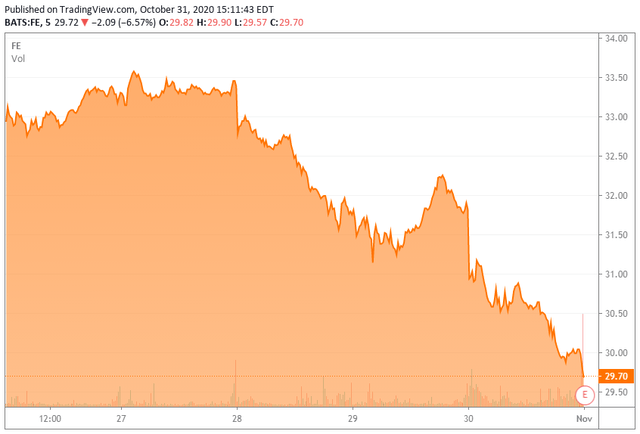 COLUMBUS -- "...a new company regulatory filing says “potential criminal or civil liabilities” related to myriad ongoing federal investigations and lawsuits into Ohio House Bill 6 are among the possible risks to the company’s reputation or financial condition. The company also said in a Friday filing it’s launched an internal process to strengthen its internal governance and compliance measures.

...Acting CEO Steve Strah, who took over after the company fired former CEO Chuck Jones last Thursday, said Monday the company won’t comment while the federal investigations are ongoing. He also said it would be “premature” to say whether FirstEnergy’s ongoing internal review, which began after the SEC subpoena, might find violations by other company officials.

“I think the only thing we can say is the internal investigation by the board and outside counsel led to the outcomes you saw Friday,” Strah said Monday during a conference call with investors. “And that’s the only kind of comment we can make about the past. The dismissal of the executives mentioned were for violations of company policy and codes of conduct.”

Strah’s comments, and FirstEnergy’s identification of possible criminal charges, are a change in tone from the company’s previous conference call in July, led by Jones."

"The good news is that Ohio can recreate its energy future, build a stronger, more resilient economy, and help families save money each month. A repeal will accomplish some of that, but should Ohio invest in and adopt a more inclusive energy policy, Ohio will benefit for decades to come.

A recent report conducted by the Voinovich School of Leadership and Public Affairs at Ohio University shows how large, utility-scale solar energy projects can benefit Ohio’s economy by creating thousands of new jobs, provide significant tax revenues for struggling rural counties, and help eliminate the need for Ohio to import costly energy from other states. More importantly, the possible — $10 billion projected to be invested in these solar developments will almost entirely come from private sector capital — not ratepayers. Furthermore, it has consistently been demonstrated that solar and wind energy create more jobs than traditional forms of energy and are in many cases, the most affordable form of new energy development.

The report shows utility scale solar can potentially deliver up to 50,000 construction jobs (80% of which must be filled from Ohio residents, per Ohio law); more than 600 full time, well paying, operations and maintenance jobs; and generate up to $2.7 billion in tax revenues to rural communities and the state of Ohio." Across the political spectrum, Ohioans agree it's time to repeal HB 6 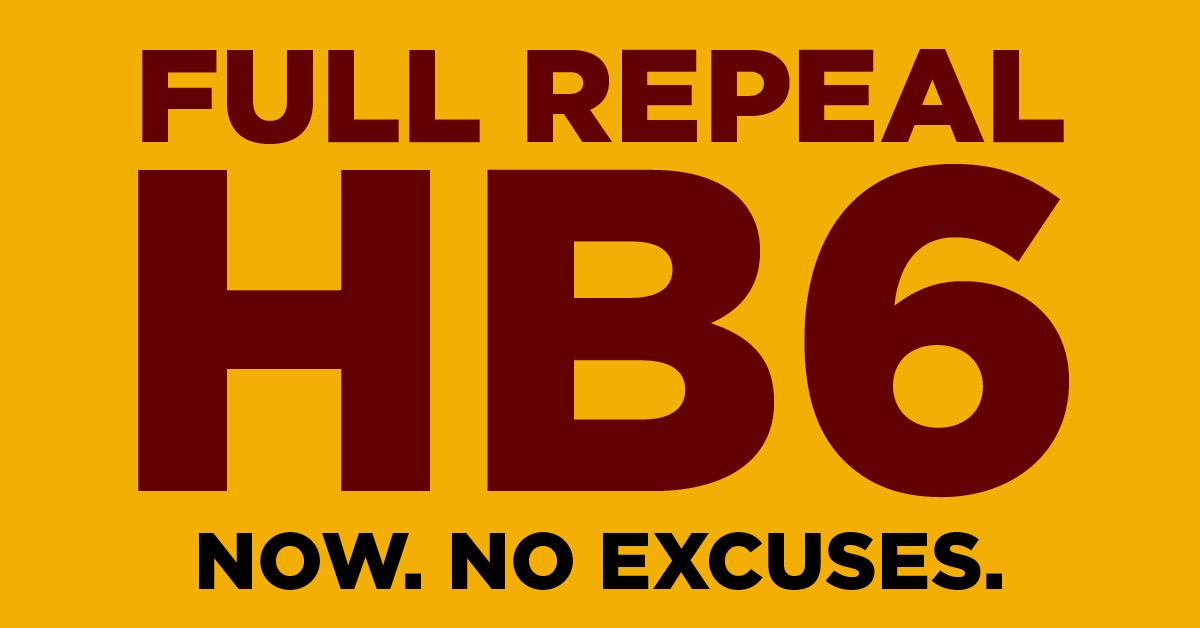 "While some plans to repeal or replace HB 6 have been proposed, it is Ohio’s newly-elected speaker that Leland refers to who remains a wild card in the equation. Rep. Bob Cupp, R-Lima, was chosen by his fellow Republicans because of his veteran status in Ohio politics, but he voted for HB 6 as well. Cupp quickly formed a study committee to look into whether or not HB 6 should be repealed or replaced, but the committee has nothing else planned until after Nov. 3, kicking any potential action on HB 6 to a brief lame duck session following the election. Now Ohioans are getting restless.

Thankfully, some state legislators on both sides of the aisle are trying to right the wrong. House Majority Whip Rep. Laura Lanese, R-Grove City, bucked Householder’s demands for supporting HB 6 and voted against the bill in 2019. Lanese has since been leading the charge among House Republicans to repeal HB 6, while Democrats like Rep. Michael Skindell, D-Lakewood, and Rep. Michael O’Brien, D-Warren, have introduced a bill to repeal HB 6 as well. Together, the two bills have 54 cosponsors, with some legislators signing on to both, including Rep. Dave Greenspan, R-Westlake, who also sponsored Lanese’s bill. However, so far no proposal has made it past the initial committee hearings and now it’s clear that if the majority of Ohioans want to see HB 6 repealed, they must make their voices heard for action to be taken.

After all, across the political spectrum, Ohioans are ready to see HB 6 get repealed. Thanks to the work of the FBI and individuals committed to transparency, voters are now fully aware of FirstEnergy and Larry Householder’s alleged conspiracy to siphon $1.5 billion in taxpayer dollars into failing energy companies in and outside of Ohio. Ohioans deserve to have corrective action taken by their elected leaders as soon as possible, as an immediate repeal of HB 6 on its face is a no-brainer. For now, it’s just time for Republicans and Democrats in the Statehouse to have the guts and political will to do it."

In a tweet Friday morning, Yost said the spending was illegal and that he was directing staff in his office to pursue a formal complaint.

The post came a day after Householder's pre-general election campaign finance filing, which included seven expenditures since mid-July totaling more than $1 million to three separate law firms, including $660,000 to Marein & Bradley in Cleveland, the firm currently representing him in federal court."

COLUMBUS -- "Former Ohio House Speaker Larry Householder has spent nearly $950,000 from his campaign account on legal fees since his arrest in July on a federal corruption charge, according to the campaign-finance report he filed with the state on Thursday.

Nearly all of that money -- $920,000-- went to two law firms that are aiding in his criminal legal defense. Two experts in state campaign-finance law called the spending questionable, since the Ohio Elections Commission, which interprets and enforces election law in Ohio, repeatedly has found that spending campaign money on a candidate’s criminal defense is illegal under state law.

Maggie Sheehan, a spokeswoman for Secretary of State Frank LaRose, a Republican who is the state’s top elections official, said: 'Yet again, it appears that the former speaker’s campaign flagrantly disregards state law and will result in another referral to the Ohio Elections Commission.'"

"Fehrman, who reported that lobbyist to the FBI, spoke during a virtual rally to repeal HB6, calling the legislation 'horribly written policy.'

He added, 'It is also a disgusting attempt by lobbyists, political operatives, and elected officials to set themselves above the law and get away with crimes that have detrimental effects on the trust of the people of our state.'

A U.S. district attorney says former House Speaker Larry Householder (R-Glenford) and others are accused of running a bribery scheme to help get HB6 passed.

Fehrman says he is the source listed as CHS 1 in the FBI affidavit which details him helping investigators gather recordings of Matt Borges, a former lobbyist for FirstEnergy and defendant in the racketeering case.

'If I had the opportunity I would do it again 1,000 times over. Even the parts that put my life and career at great risk,' says Fehrman."

learn more about the hearings and sign up at www.ohiocitizen.org/testify