COLUMBUS -- "PUCO chair Sam Randazzo says he is not taking a position one way or the other on the potential repeal HB6, which bails out nuclear power plants among several other things.

Randazzo was asked if he ever did business with companies that would create a conflict when it comes to the bill.

...However, state Rep. Casey Weinstein (D-Hudson) pointed to public records that he says connects a company owned by Randazzo as a creditor for the former FirstEnergy subsidiary, previously known as FirstEnergy Solutions.

Weinstein claims Randazzo has 'personal skin in the game.'"

While answering questions from committee members, Randazzo stated that he views himself as “old school.” But could it be that he is too “old school” to move Ohio forward into a clean energy future? After decades of being a passionate advocate for his anti-clean energy clients, he has an outdated view of the choice consumers want for their energy generation today. He also refers to decisions made prior to his Chairmanship at the PUCO as BS—Before Sam.

Randazzo referred to himself as “old school” in refusing to disclose his former clients when asked about what bias he might be bringing to the discussion. While he did state that he has never worked for any utility regulated by the PUCO or their affiliates, public records tell a different story. His companies, Sustainable Funding Alliance of Ohio and IEU Administration Company, are listed as creditors of FirstEnergy Solutions in public documents to the tune of $43,000 (links below).

If he has never worked for this company that is at the center of Ohio’s largest bribery scandal, it makes one wonder why they owe him money?

Randazzo also suggested that current energy policy allows markets to work just fine for clean energy development, yet companies like Third Solar in Athens has laid off 20 people following the passage of House Bill 6, with efforts to attract investors and employees hampered by the state’s opposition to the clean energy industry.

PUCO Chairman Sam Randazzo is out of touch and doing a great disservice to Ohio’s energy consumers. We deserve better. We deserve an energy policy that creates Ohio jobs, builds our economy at a time when we need it most, and reduces the pollution that impacts health. We deserve an energy policy that is not clouded by corruption and lies. And if Chairman Randazzo disagrees, maybe we call BS. But we definitely call on Governor Mike DeWine to replace Sam Randazzo today.

COLUMBUS -- "The Public Utilities Commission of Ohio has opened a review of FirstEnergy’s lobbying on House Bill 6, the nuclear bailout law that’s now the subject of a federal corruption probe.

A Tuesday filing from PUCO staff directs FirstEnergy and its Ohio affiliates to demonstrate that the costs of any political or charitable spending in support of the bill, or on a subsequent effort to thwart a campaign to repeal it, 'were not included, directly or indirectly, in any rates or charges paid by ratepayers in this state.'

...Critics, including Ohio Consumers' Counsel Bruce Weston, have said the allegations in the federal investigation raise questions over whether FirstEnergy’s spending violated laws that bar using ratepayer money on lobbying, as well as those restricting how companies like FirstEnergy financially support their tightly regulated retail affiliates. They have said PUCO, which regulates utilities in Ohio, should investigate.

The PUCO opened the case one week after Weston requested PUCO to hire a third-party auditor to investigate FirstEnergy’s political spending in support of House Bill 6. The new PUCO filing does not order such an audit, although the agency feasibly could at some point in the future. The PUCO also has the ability to subpoena records and force testimony from state utilities."

Still plenty of HB 6 nonsense to be sorted out

COLUMBUS -- "Now, while many are calling for HB 6 to be repealed, the Ohio Consumers’ Counsel, a ratepayers’ watchdog, wants the Public Utilities Commission of Ohio to audit FirstEnergy to determine whether any of the $60 million that fueled Generation Now came, improperly, from ratepayer funds collected for a specific purpose.

We second the OCC’s motion. The PUCO has earned a reputation for favoring utilities over consumers; it could counter that by taking a good look at some highly questionable dealings.

...Regardless of Householder’s guilt or innocence, HB 6 was birthed in deception and nonsense. If the PUCO isn’t interested in rooting it out, we trust the FBI and the U.S. district attorney are."

PUCO Should Investigate, Too 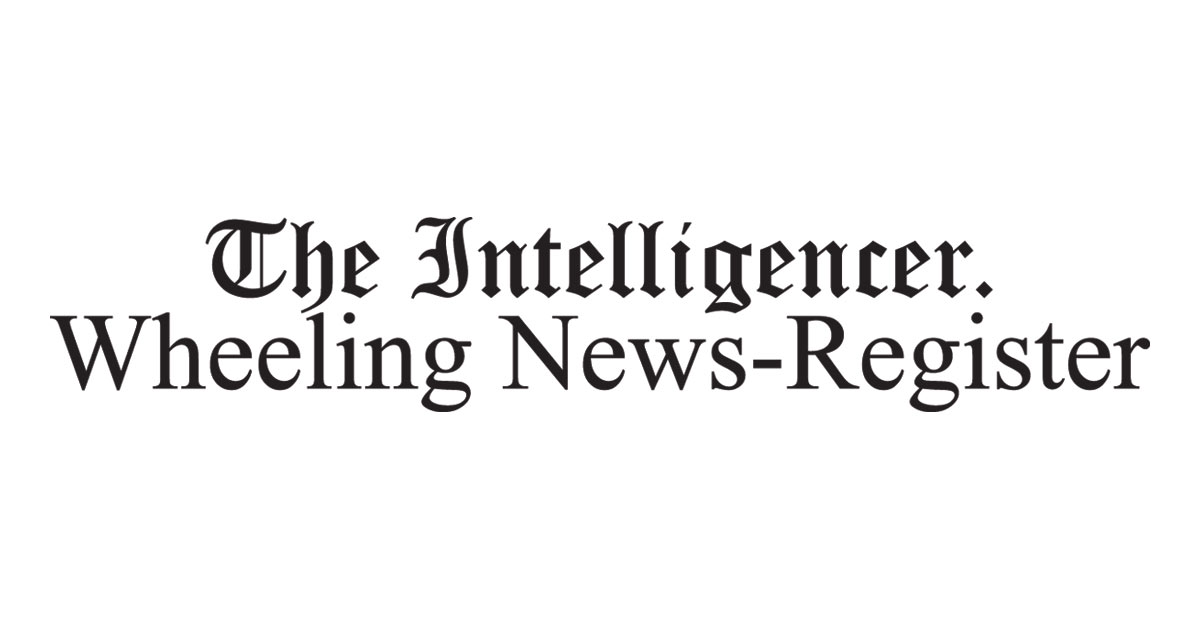 WHEELING, WV -- "Though federal investigators have been tight-lipped about the matter, they clearly are looking into FirstEnergy. Why, then, should the PUCO pursue a separate probe?

Because the FBI’s interest is in finding evidence of crimes — not necessarily in making Ohio energy consumers whole if their money was used to pay bribes. Leave it up to the feds, then, to prosecute and perhaps punish any corporate officials involved in wrongdoing.

A PUCO investigation should be launched to connect all the dots regarding whether consumers’ utility payments were used for bribes — and how to hold any corporate interests accountable for repaying the money."

read more about the PUCO and ties to FirstEnergy

Did FirstEnergy spend ratepayer money to secure $1.3B bailout?

COLUMBUS –  A federal investigation alleges an energy company, believed to be FirstEnergy and its affiliates, spent nearly $61 million to secure a $1.3 billion bailout for two northern Ohio nuclear plants.

But whose money paid for the scheme?

On Tuesday, Ohio Consumers' Counsel Bruce Weston asked the Public Utilities Commission of Ohio, which oversees utilities such as FirstEnergy, to audit the Akron-based company.

The counsel wants the PUCO to dig into several topics:

Amid the HB 6 scandal, Ohio utility regulators must act to reassure ratepayers of the integrity of Ohio regulation

CAMBRIDGE, MA -- "While the substance of the House Bill 6 legislation is questionable, given its bestowing more private than public benefits and its adverse impact on the electricity market, the charges related to unlawful lobbying for its passage raise critical issues for both prosecutors and state regulators.

Based entirely on the public record, the situation demands accountability. Criminal prosecution, alone, is insufficient. There are important issues that go to the functionality and integrity of the Ohio’s regulatory process.

The two most critical issues are:

1. Whether ratepayer money was used for lobbying and/or bribery; and

The Public Utilities Commission of Ohio (PUCO) cannot stand by while the credibility of the regulatory process is eroded. It has tools which have been used in the past that should be deployed without disrupting the ongoing criminal investigations."

COLUMBUS -- "A bill to repeal Ohio’s nuclear bailout law has languished for more than a month so far, and signs suggest that House leadership may be angling to defer or stop such efforts as Election Day draws near. Lawmakers filed repeal bills soon after the arrest of former House Speaker Larry Householder and others in July.

Starting in January, House Bill 6 will require ratepayers to pay approximately $1 billion over the course of six years for subsidies that FirstEnergy had sought for two Ohio nuclear plants. Yet more is at stake, even beyond the $7 average increase in monthly energy spending that some advocates forecast as a result of the law.

...the bill’s costs will also certainly play a part in the debates.

read more for a breakdown of projections

COLUMBUS - "Power Siting Board Chair Samuel Randazzo — facing questions at the board’s Aug. 27 meeting from two state lawmakers who sit on the siting board — said he hoped to have an order prepared for a vote at the board’s September meeting, though it isn’t yet clear what impact it would have on the May decision.

...The siting board had approved the Icebreaker project in May without Randazzo mentioning that deep in the 111-page permit was language allowing the state to order the turbines to shut down at night for eight months out of the year if it decides that sophisticated radar and bird collision detection systems are not adequate or if the wind farm kills more than 21 birds in 24 hours. Neither Crossman nor Williams were aware of the provision. They are non-voting members.

[State Senator Sandra] Williams demanded that Randazzo explain why she and her staff did not receive the documents for the May vote until only hours before the meeting. “That is not the norm. That has not been the process since I have been on the board,” she said, 'especially with such a large and significant document.'"

(OH-August 27, 2020) Today, the Ohio Power Siting Board (OPSB) once again delayed the expected reconsideration of the Lake Erie Icebreaker Wind demonstration project. This move postponed the discussion of the project even further, despite the call of 32 Northeast Ohio legislators who support the 500 jobs and $253 million the project would bring to the local economy.

This comes on the heels of yesterday’s Public Utilities Commission of Ohio's (PUCO) decision to approve the ironically named House Bill 6 Clean Air Fund charge that will provide FirstEnergy and its dark money campaign with an annual reward of $150 million to bailout its two failing nuclear plants. While this bailout was bought and paid for by $61 million in FirstEnergy bribes, the policy itself will be paid for by hard-working Ohio consumers. The PUCO decision comes almost immediately following the Ohio Senate President’s announcement that members would return to Columbus early next week to repeal House Bill 6.

The order resulting from this PUCO decision further states that the Commission will not conduct a bill impact analysis beyond the staff recommendation because the “simplicity of the math” should allow parties to identify impacts for themselves. This dismissive move ensures that the Ohioans footing the bill for FirstEnergy’s bad decisions can expect no oversight or accountability from the state. Essentially, they have invited Ohio consumers to pull out a calculator and figure it out for themselves.

Both the PUCO and the Ohio Power Siting Board are run by Commission Chair Sam Randazzo. Randazzo is Governor Mike DeWine’s hand-picked Chair, despite the fact that he spent decades as an anti-clean energy lobbyist. He has led both entities to recent decisions that fly squarely in the face of Governor DeWine’s “all-of-the-above” energy strategy, and has hung a reputation on Ohio as a backward state not interested in the economic development and job growth that results from clean energy investment.

Sam Randazzo’s ties to FirstEnergy are quickly coming to light. Randazzo’s company, Sustainability Funding Alliance of Ohio, is on FirstEnergy’s payroll and turned up in First Energy Solutions’ bankruptcy filings as a company used by them for professional services. Former Speaker Larry Householder, now indicted in the $61 million bribery scandal involving FirstEnergy, put Sam Randazzo’s long-time business partner on the PUCO Nominating Council just before Randazzo was nominated. Then, Randazzo gave that business partner a job at the PUCO. Further, the chair of the PUCO Nominating Council was a FirstEnergy lobbyist.

Randazzo appears to be checking the boxes for his friends at FirstEnergy. Ensuring the adoption of the House Bill 6 charge just days before the Senate plans to return to Columbus to repeal the legislation, and hamstringing reconsideration efforts of a precedent-setting renewable energy project for the state are not the actions of a public official who is carrying out an “all-of-the-above” energy strategy. He appears to be carrying out a FirstEnergy political agenda. For Sam Randazzo, it is business as usual.