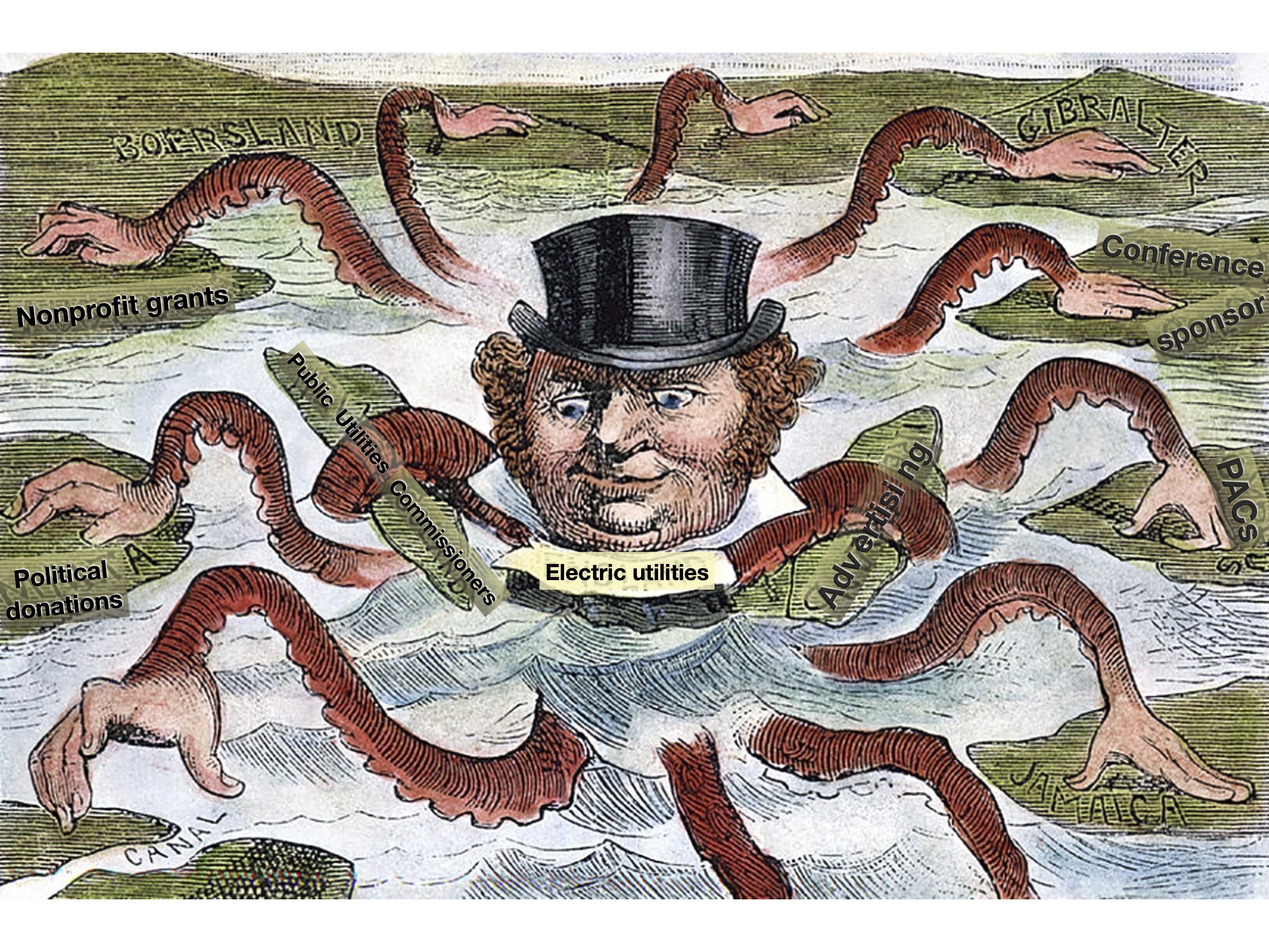 "In the pathway to 100% renewable energy lie electric utilities. Since the time of electrification until the 1990s, every electric utility was a monopoly––it owned everything to deliver electricity from the power plants (and sometimes even the coal mines) to the transmission lines to the substations to the distribution lines to the meter on your home or business). With a market monopoly, utilities have enormous political power to promote or avoid change.

Utilities operate under three legal structures: investor-owned, public, or cooperative. Investor-owned utilities were the first, and they focused on serving urban areas with the highest concentrations of customers. Municipal, city-owned utilities followed soon after, serving cities without private utilities or taking over private utilities that didn’t provide high quality, affordable service. Supported by the federal government, member-owned rural electric cooperatives filled in the gaps left by the first two (as shown in the map below).

Monopoly defined all three ownership structures. For private utilities, the early captains of the electric industry realized it would be more profitable if they didn’t have competition. An early industry leader, Samuel Insull, cut a political deal with state policy makers––protection from competition in exchange for public oversight via regulatory commissions, often called Public Utilities Commissions. The first of these was formed around 1905. For public and cooperative utilities, they also retained a monopoly, but with oversight of municipal utilities provided by a city’s voters and elected officials and oversight of cooperatives provided by a board of member-owners elected by customers."