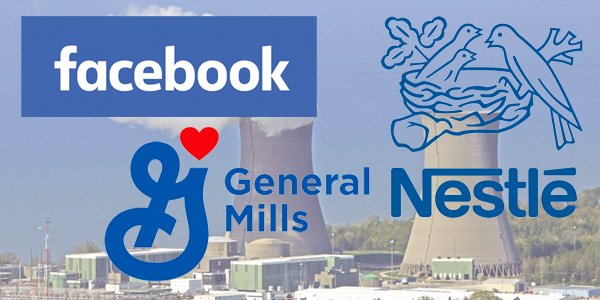 COLUMBUS -- "Facebook, General Mills and Nestle are among about 50 companies that have written a letter to Ohio leaders urging the repeal of House Bill 6, the 2019 nuclear-bailout law that has become the target of federal investigators.

'As businesses, investors, trade associations and employers, we urge the repeal of House Bill 6 in light of the disturbing and shocking allegations made by the Federal Bureau of Investigation,' said the letter, which was sent to Gov. Mike DeWine and the leaders of the state House and Senate.

Repeal of the legislation, which the legislature passed and DeWine signed a year ago, 'will help restore public confidence and ensure continued growth of Ohio’s clean energy economy,' the letter said."