A dirty battle for a nuclear bailout in Ohio 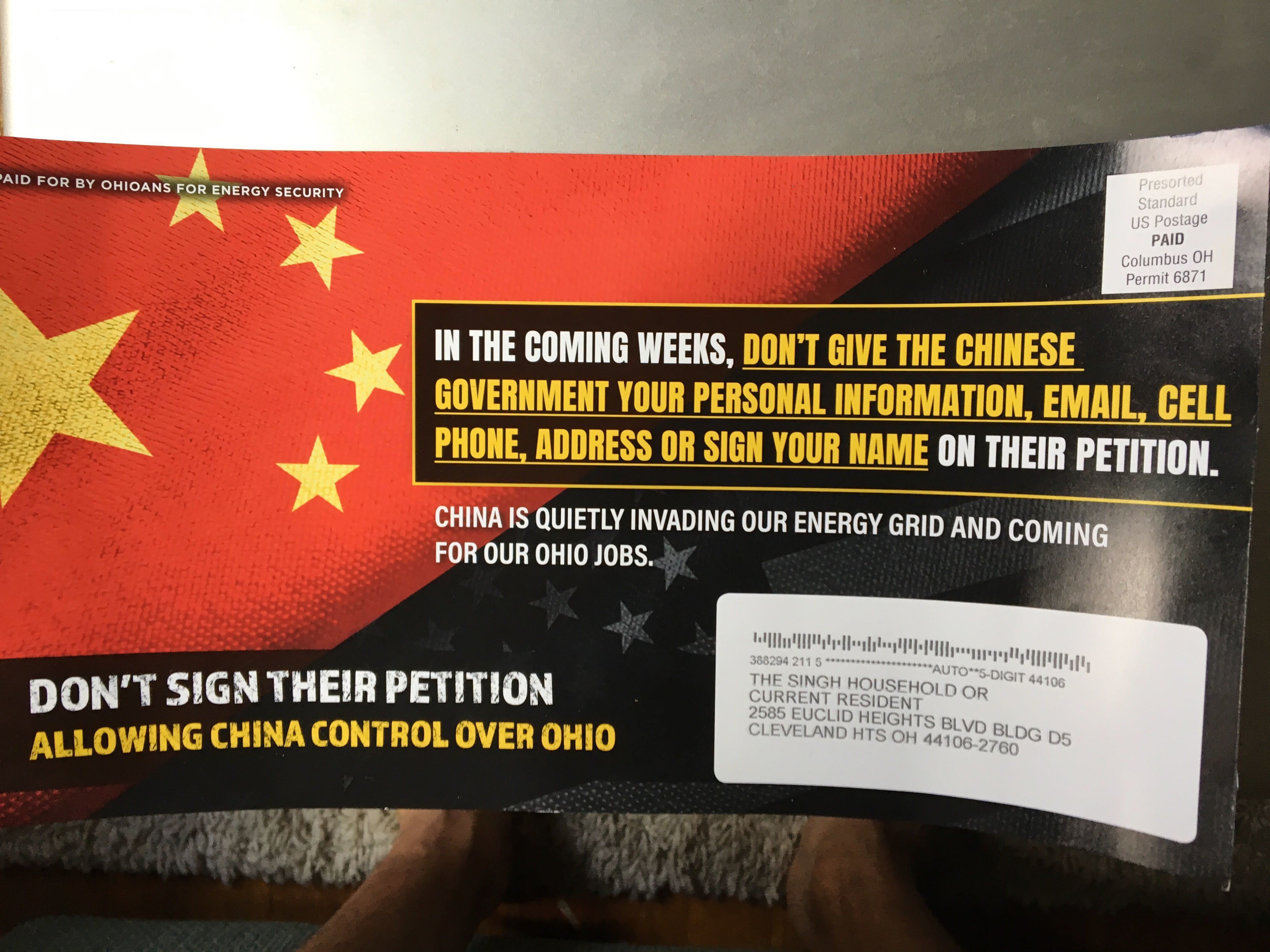 A mailer sent to thousands of Ohio residents falsely linked the Chinese government to anti-bailout activists.

"The raw political and economic power of the industry was on display even after the bill was passed. Having been defeated within the legislature, grassroots organizations such as Ohioans Against Corporate Bailouts and Ohio Consumers Power Alliance took to the streets and tried to collect signatures on a petition calling for a referendum question about HB6 to be included in the 2020 elections. It was a tough task, since those opposing the bailout had less than two months to gather over a quarter of a million valid signatures.

FirstEnergy tried to stop them with a two-pronged approach. The first was a legal trick. It went to the state’s supreme court and argued that the monthly charges on customers 'should be considered tax increases, which cannot be challenged by a referendum.' But the court dismissed the case, saying there was 'no ‘justiciable controversy’ for it to decide.' For the main part, though, the response from FirstEnergy and other beneficiaries was more of the same: dark money–backed organizations spending millions to undo the grassroots efforts by urging voters to refuse signing the petition.

Among these organizations was one called Ohioans for Energy Security, which sponsored television advertisements that falsely claimed that China is 'intertwining themselves financially in our energy infrastructure,' threatening 'national security,' and implying that not going through with the bailout campaign would lead to Chinese control of Ohio’s power grid. The watchdog organization Energy and Policy Institute quickly identified that some of the people featured in the TV advertisement were in fact FirstEnergy employees. In other words, there was reason to suspect that FirstEnergy was behind the advertisement. Ohioans for Energy Security also mailed thousands of letters to state residents with bold lettering behind a Chinese flag imploring, 'Don’t give the Chinese government your personal information.' The hyperbolic allegations about China apparently are connected to natural gas-fired power plants in Ohio that were partially financed by a Chinese government-owned bank, although FirstEnergy has itself borrowed money from the same bank."